How to Unblock an Outside Drain? Unblocker’s Success Tips 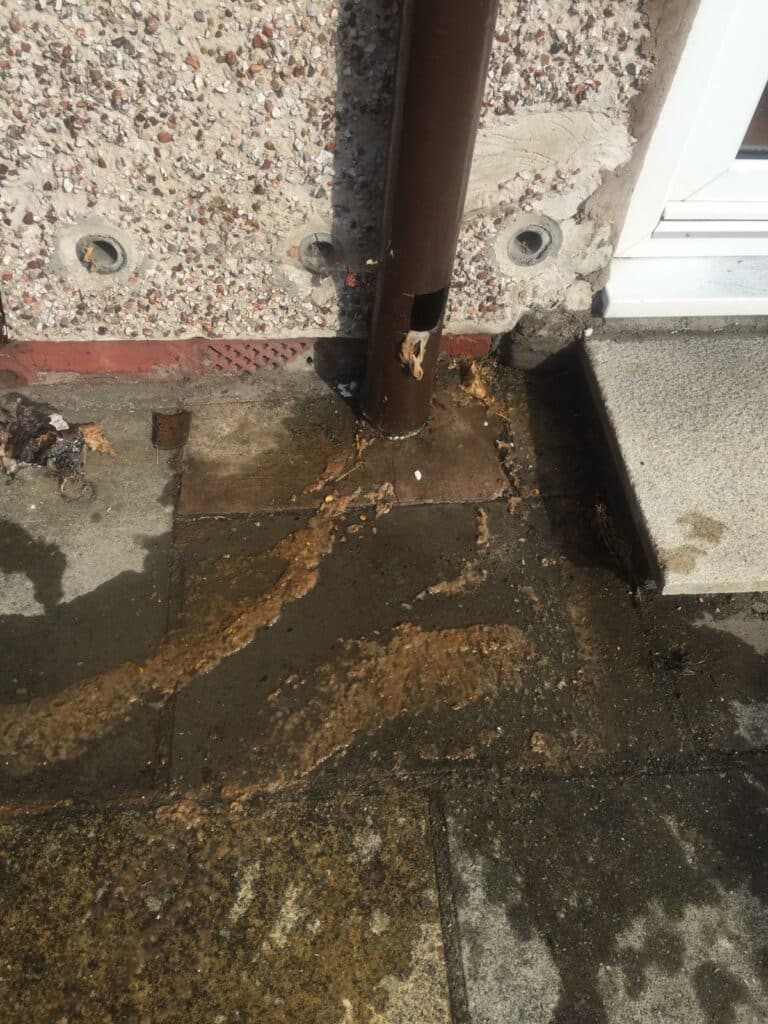 Need drain tips? Have a read below

Do you need your outside drain unblocked? When waste water is being transported away from a property, it leaves via connection into a drainage system. Most of the time, this occurs outside the property by directing waste water into an outside drain. Outside drains often cause quite a lot issues as they are exposed to the elements. There are a few different outside drains and what you need to do to clear them varies depending which drain is blocked.

The first type of external drain which may block is a rainwater gully. If you are wondering how can you tell which is a rainwater gully, then it is a small grid that typically has the down-pipe from the gutter drop into it. These drains do not typically have any covers on and so are exposed to the elements. Leaves, stones and plant material that gets deposited on your roof can work its way down through your rainwater pipe and into the gully. Unfortunately, there is not much that can be done about these blockages as typically, they can’t be cleared by a home outside drain unblocked like rods as they sit behind a letter box gully, which is a small lip that attempts to stop rubbish entering the drain. Specialist outside drain unblockers need to used such as high-pressured jetting, this is the way to go with these blocked outside drains, bigger ones in commercial properties sometimes even need vacuuming, it just depends how bad it’s backed up. It sometimes helps to get your guttering cleaned out to remove the debris and stops the need to unblock outside drains in the first place. 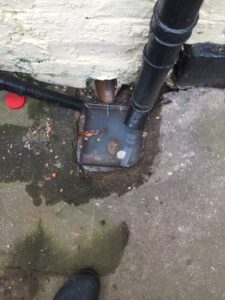 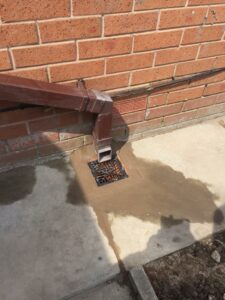 Occasionally, down-pipes from the gutters don’t actually connect into a drain, rather they lead to a soakaway. This makes them notoriously hard to unblock, as it is not a drain that can be cleared using the usual methods. A soakaway essentially does what it says on the tin- the water runs into the ground and get soaked away. In really heavy rain, soakaways can back up and there is little that can be done. You can jet with an outside drain unblocker them in the hope it removes some of the debris and pushes it further down the pipe, or if you are having major overflowing issues, we can connect these drains into your main drain run to save you from having a blocked outside drain. Having your soakaway drains run into your main run, actually helps to flush out your drains and reduces the chances of getting another blocked outside drain or smells in your outside drains, as it allows for surface water to clear through any other debris in the drains during spells of heavy rain.

Another outside drain that can block is car park gullies. These typically sit in the centre of a car parks and can often back-up as they are completely exposed to the elements. This really is a vacuum tanker job, the drains themselves typically don’t backup it is mainly the chambers that collect the water, which means unblocking outside drains like this a particularly specialist job as it can not be jetted or rodded, this is when you probably need an outside drain unblocker like Mersey Rod.

Sometimes your outside kitchen drain can back-up. This is often due to food getting stuck or grease and fat collecting on the inner bore of the pipe causing your outside drain to block. If you’re lucky and do not mind getting your hands dirty, to unblock the outside drain you can sometimes reach into the drain and unblock it yourself. If the grate has become damaged over time, food may have backed up further in the drain, causing a blocked outside drain which is a job for a high pressured jetting machine.

Other outside drains may appear to be blocked as they are connected to the rest of the drainage system, but in fact it is elsewhere within the system that is blocked. If you are ever in doubt, it is definitely advisable to get a specialist drainage company out to fix your drainage issues, using rods can be attempted but they can break and become trapped and require excavating. We have dealt with a lot of rod removal procedures! If you have any of these issues an outside drain unblock, may be what you need. Unblocking outside drains is what we do best, if you need help or advice do not hesitate to get in touch, we are always happy to help.

Next Post
Signs of Drain Blockage and Ways to Unblock it, Precise tips